“What does it take to be remembered?” – A Chat with Christopher Rivas

When given the opportunity to interview Christopher Rivas ahead of his upcoming presentation of The Real James Bond was Dominican at the Miami Dade County Auditorium, I was so excited. As a fellow Dominican-American, I was really excited to interview someone who is paving his own way in the entertainment industry. However there was one more thing I was looking forward to discussing with him; when I first learned of Porfirio Rubirosa last year,  I remember feeling so shocked learning about an individual who had similar roots to me that had this immense prowess and fascinating life in his time, yet I knew nothing about “Rubi.” 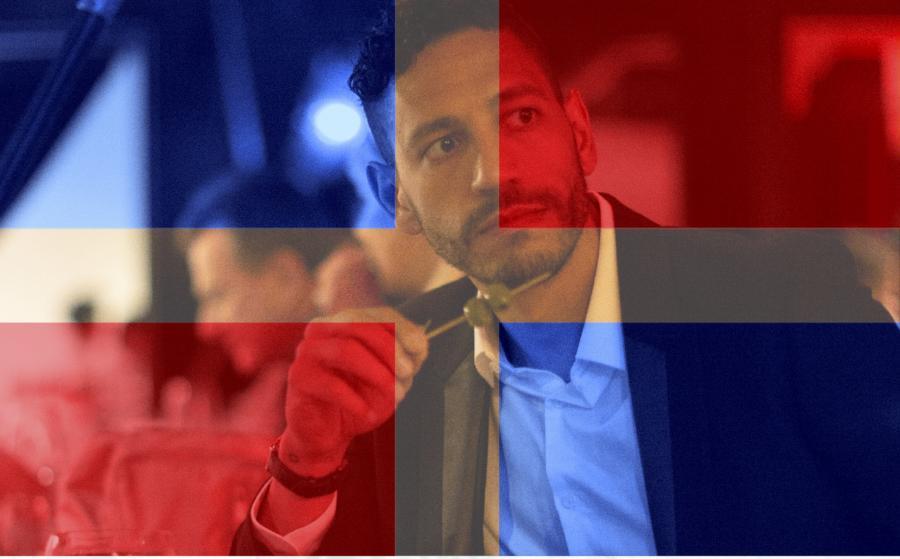 Leon: Let’s start off with the basics; are you a James Bond Fan?

Rivas: I am most definitely a James Bond fan. Ever since I was a child, something about this person in a cool looking suit, traveling around the world, and doing cool things has always interested me.

Leon: When did you first find out about Porfirio Rubirosa’s life?

Rivas: In college. In 2010, someone sent me an article from Vanity Fair called The Legend of Rubirosa and that was the red pill in the Matrix for me. Thinking, “Who was this dude? How come I never knew about him?”

Leon: How did you feel when you first read that article?

Rivas: I felt shocked. I felt betrayed by my own culture seeing how this is someone who we should be talking about. Thinking, how is this person forgotten? What does it take to be remembered? I was upset by this culture of whiteness that steals people and stories and turns them into something else. I had all of the feelings, enough to drive me to obsess over it for the next ten years.

Leon: How do you feel when you realized so few people knew of Rubirosa despite the influence he’s had on a character as iconic as James Bond?

Rivas: That adds to the common word in this interview which is… shocked. All these discoveries led me to ask big questions which is what I do as an artist in general. What was life for this person who was twice the richest man in the world and married to all these incredible people and hung out with all these influential people like Hitler, Fidel, JFK. And yet we know their names and somehow he [Rubi] disappeared into history. So I think part of the shock is when people don’t know who he is, I think “why?” What does it take to be remembered? Why?

Leon: What do you think this says about our society?

Rivas: Maybe less about society, and more about human nature. To accept that time moves on and things are forgotten. In a way, I wonder if we’ll keep talking about the Kardashians in 50 or 60 years. No offense to them. What I think it says about society… more what I’m asking is… what do we value? What stories are worth valuing? Because the stories we tell are what Hollywood is saying matters. Those are the images and stories that matter and that everyone else should try to become them. So my question is, “What other stories are out there? What can show other Black and Brown kids matter?” 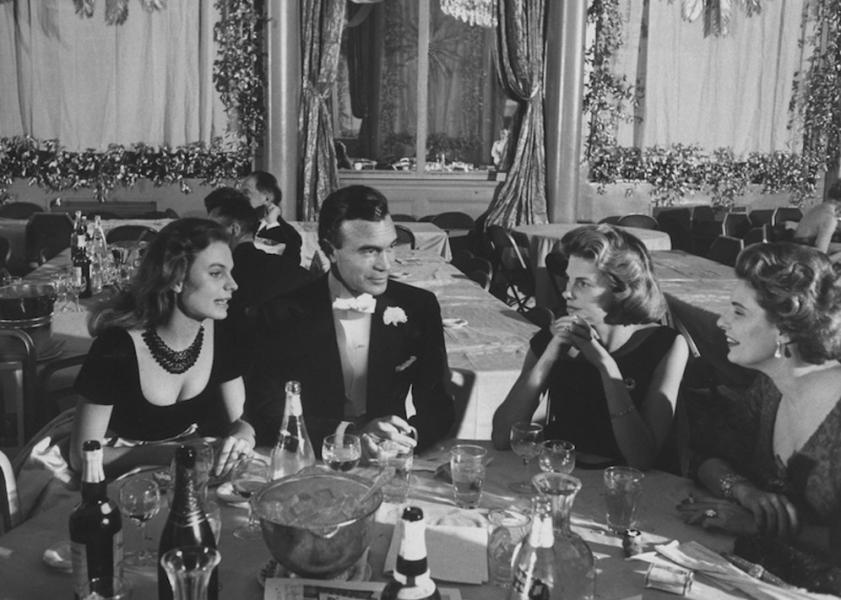 Rivas: Oh yeah, we haven't escaped the white gaze. I’d be lying if I knew who invented the term like in the way Toni Morrison talks about it. The white gaze still runs the world, the idea that is the best way to live and those eurocentric beauty standards haven’t left us. They have been around and still are very present. And it’s not just in America, it’s a global thing. It’s happening in Latin America, Asia, even Australia with the Indigenous people there. It’s a global thing, so it’s definitely prevalent in Hollywood.

Leon: Do you feel that sometimes you need to change yourself to fit that gaze as an actor in the industry?

Rivas: I did so for a long time. I had people in the industry who told me that’s what I needed to do, and I’ve begun to unplug from that idea. Partially due to luck, partially due to this play and asking these questions, and partially due to desire to care less about what other people think.

Leon: I ask presently, how do you feel today? Are you comfortable in your own skin?

Rivas: It’s a process, but I feel as good as ever. 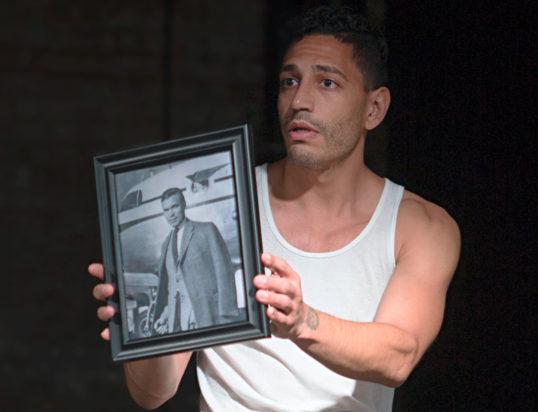 Leon: What motivated you to turn this into a one-man show?

Rivas: As a kid I loved John Leguizamo’s one man shows. I always knew I wanted to make one and I wasn’t sure of what. But for some reason, I felt that this was the right avenue to tell this story.

Leon: Why do you think this story best suits a one-man show format?

Rivas: As much as it's about Rubirosa. It's not really about Bond. It’s about me and my discovery and how this discovery led me to learn about myself and ask bigger questions about my background. To discover myself and things that I don’t know. It’s really a journey about self and this is how I wanted to share that journey. It’s not a bio on Bond, Ian Fleming, or Rubirosa. I am the lens in which those revelations come to life.

Leon: What’s a lesson you hope audience members take away from the show?

Leon: Given that Culture Shock Miami’s primary audience is 13-22 year old’s, what advice do you have to young people who have a story to tell but don’t know where to begin?

Rivas: You’re not going to like this answer maybe, but it’s to begin. Just begin. Beginning is the hardest part in most fields, careers, intersection, avenues. Sort of walking into that direction. We can read all the books about beginning, but until we begin it doesn’t really mean anything. You let life be that light that’s gonna show you where it’s gonna go. For example, we didn’t premiere this play until 2018 or 2019, and I had my first draft in 2014 and wrote about 11 terrible plays before this one. You just have to open your heart knowing that you don’t know what it’s going to look like, but you just have to begin whether it be by just a paint stroke or poem or through baking or it might be play. But just begin.

Thank you Christopher Rivas for sharing more with us about your journey towards the creation of your show and inspiring us to tell our authentic stories!

Come see The Real James Bond... Was Dominican at the Miami-Dade County Auditorium on Friday, February 25th and Saturday, February 26th at 8:00 PM. Remember to check the Culture Shock Miami website for $5 tickets for ages 13-22!