Where or When? Presented by Lost Girls Theatre 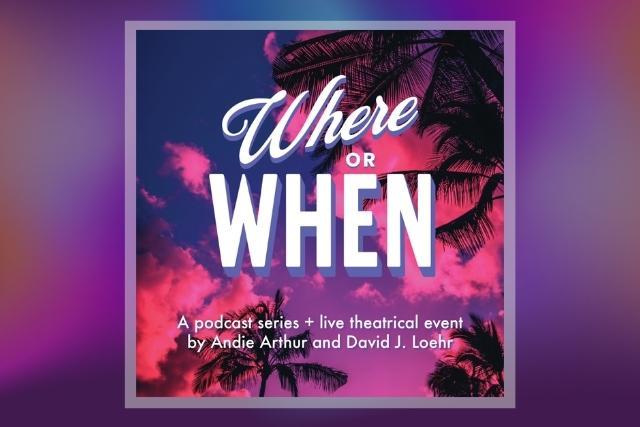 Where or When? Presented by Lost Girls Theatre

Liv and Will are living the “happily ever after.” Or so they thought until they met Tess. Once the time agents showed up…well, there’s “it’s complicated...” and “it’s… complicated…”

2022. An archivist is cataloguing the effects of an estate dating back to the Gilded Age. As he delves into the family history, he finds himself drawn to a young woman in 1937 who reminds him of his partner.

1937. A young socialite living at the estate finds herself drawn to the world of the racy nightclub, La Paloma. There, she falls in love with a woman seemingly from another time, a more progressive time.

The more they each learn about one another, the more the time periods collide until they begin to step back and forth into one another’s times and places. That’s when agents from the far future step in…to straighten things out? Or eliminate the paradox entirely? Some things that happened for the first time seem to be happening again. But who will end up with whom? And where or when?

Join Lost Girls Theatre and the Incomparable Radio Theatre as we bring you a live radio play with time travel, romance, and Miami's forgotten LGBTQ history.

Age Appropriateness: Ages 12 and up

Regular priced tickets for all other ages available at http://www.lostgirlstheatre.com