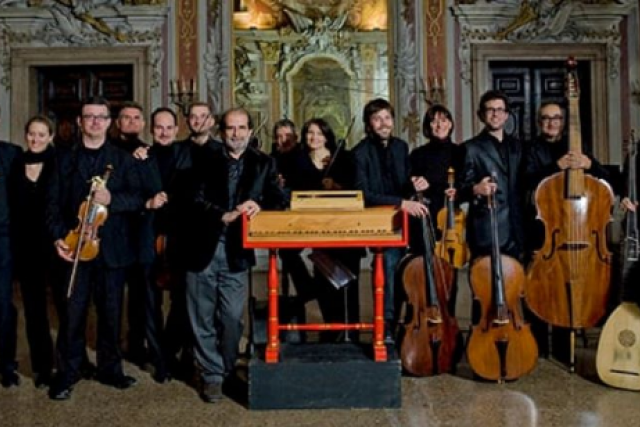 Wertheim Performing Arts Center at FIU
Founded in 1997 by Baroque scholar and harpsichordist Andrea Marcon, the Venice Baroque Orchestra is recognized as one of the premier ensembles devoted to period instrument performance. The Orchestra received wide critical acclaim for its concert and opera performances throughout North America, Europe, South America, Japan and Korea,Taiwan and China.
The Orchestra has appeared in many more cities across the United States than any other Baroque orchestra in history. They also maintain the most frequent touring schedule to Asia.

Committed to the rediscovery of 17th- and 18th-century masterpieces, under Mr. Marcon’s leadership VBO has given the modern-day premieres of Francesco Cavalli’s L’Orione, Vivaldi’s Atenaide, Andromeda liberata, Benedetto Marcello’s La morte d’Adone and Il trionfo della poesia e della musica, and Boccherini’s La Clementina. With Teatro La Fenice in Venice, the Orchestra has staged Cimarosa’s L’Olimpiade, Handel’s Siroe, and Galuppi’s L’Olimpiade, and reprised Siroe at the Brooklyn Academy of Music in New York in its first full staging in the United States. The Orchestra has been seen worldwide through several television specials, including films by the BBC, ARTE, NTR (Netherlands), and NHK. They are the subject of three recent video recordings, and their performances were also featured on Swiss TV in the documentary film by Richard Dindo, Vivaldi in Venice.