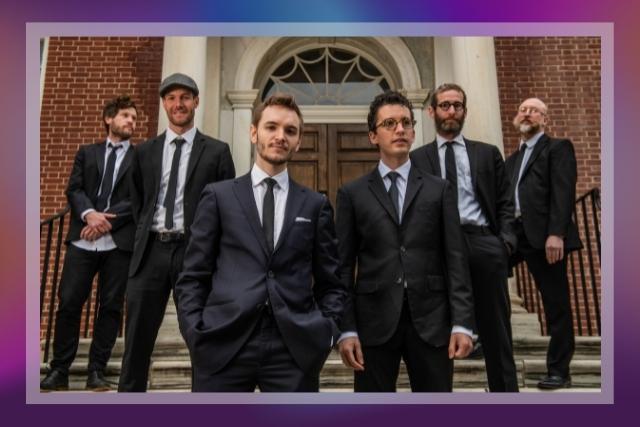 Ruckus’ core is a continuo group, the baroque equivalent of a jazz rhythm section: guitars, keyboards, cello, bassoon and bass. Other members include soloists of the violin, ﬂute and oboe. The ensemble aims to fuse the early-music movement’s questing, creative spirit with the grit, groove and jangle of American roots music, creating a unique sound of “rough-edged intensity” (New Yorker). Its members are assembled from among the most creative and virtuosic performers in North American early music, and is based in New York City.

Ruckus’ debut album, Fly the Coop, a collaboration with ﬂutist Emi Ferguson, was Billboard’s #2 Classical album upon its release. Live performances of Fly the Coop in Cambridge, MA was described as “a ﬁzzing, daring display of personality and imagination” (New York Times).

A collaboration with flutist Emi Ferguson, Fly the Coop is a joyous, kaleidoscopic romp through some of Bach’s most playful and transcendent works. The program features new arrangements of Bach’s Flute Sonatas and Keyboard Preludes, orchestrated for baroque flute and the forces of Ruckus that include theorbos, baroque guitars, baroque bassoon, cello, viola da gamba, harpsichord, organ, bass, and the occasional banjo.

Ruckus explodes Bach’s bass lines into a rainbow of textures and colors, continually shifting like light over the landscape as Ferguson’s flute lines dance above. Contrasting the three flute sonatas are new arrangements of a variety of Bach’s keyboard preludes, with selections ranging from the beloved Well Tempered Clavier, to alternate movements from keyboard suites that are rarely performed.

Regular priced tickets for all other ages available at https://rkculturalproductions.org/