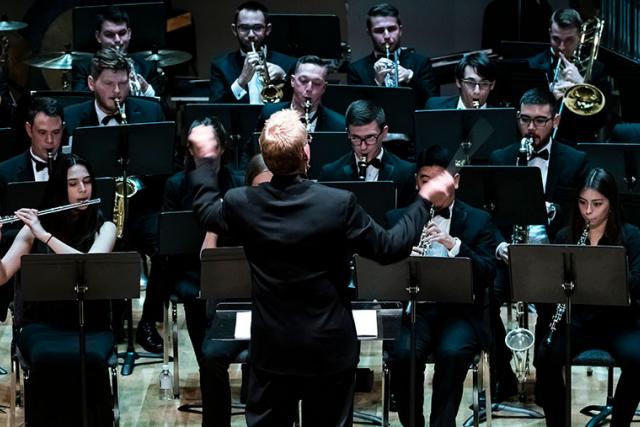 In her concert debut as Assistant Professor of Performance, Chamber Music and Entrepreneurship, Grammy-nominated flutist and composer Valerie Coleman is showcased in an evening of poetry, visual art, and her own original chamber music.

NEA Jazz Master Sheila Jordan is a one-of-a-kind singer and songwriter. She studied with Lennie Tristano and Charles Mingus; called Charlie Parker her “big brother” and teacher; has performed and recorded as a leader as well as with top artists and groups, and then nearly invented a performing setting featuring just voice and acoustic bass. Jordan is a true original with an unmatched talent for reimagining standards and inventing lyrics on the fly.

In his debut as Frost’s new conductor of the Frost Symphony Orchestra, Gerard Schwarz offers a varied and demanding program. It includes the suite from the ballet Estancia by Alberto Ginastera, one of the greatest 20th century composers of the Americas; Samuel Jones’s Tuba Concerto, which Schwarz has called “the finest solo work for that instrument ever produced,” featuring Frost faculty tubist Aaron Tindall; and the evening closes with Brahms’s magnificent and melodic Symphony No. 2.

With Dave Liebman and Charles Pillow.

Join the Frost Sextet and the Frost Concert Jazz Band as they revisit music from Miles Davis’s audacious Bitches Brew, released in 1970, reimagined in new arrangements by saxophonist Charles Pillow. As part of his residency at Frost, NEA Jazz Master saxophonist Dave Liebman, a Miles Davis sideman, performs with both Frost groups.