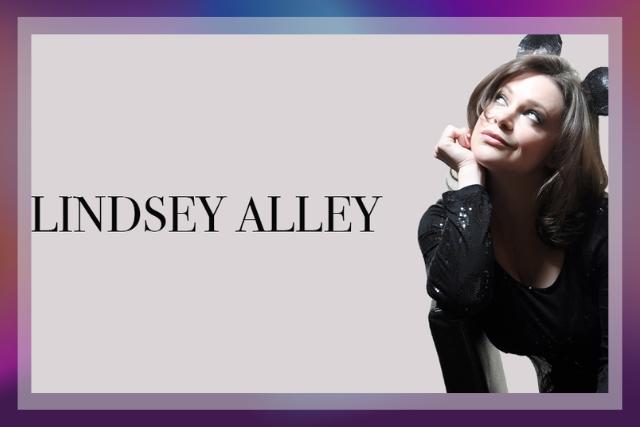 With Musical Direction by Rick Leonard During this memorable evening of showtunes, catharsis and joy, Lindsey takes us on a comedic musical journey...and her quest for the elusive “Happily Ever After.”

Having played all over the country, as well as internationally, Lindsey Alley has entertained audiences everywhere from 54 Below in New York City to the world-famous Comedy Store in Los Angeles. Lindsey has been performing in theatre, television and film since the age of six. In 1989, she was cast as a Mouseketeer on the Disney Channel’s, Mickey Mouse Club, performing alongside Britney Spears, Justin Timberlake, Christina Aguilera, etc. She was one of only three cast members to appear in the pilot and all seven seasons of the show.

“There are very few entertainers who are able to truly connect with people the way Lindsey does. Not only does she win audiences over with her endless charm, her beautiful voice, and her bawdy sense of humor, but she has a way of touching them in completely unexpected ways. She's a totally unique talent in a world that needs more of them.” - Randle Roper, CEO, VACAYA “She’s thin, pretty and talented. I HATE HER!” - Jackie Beat, Drag Superstar

Regular priced tickets for all other ages available at https://www.aventuracenter.org/events/detail/lindsey-alley