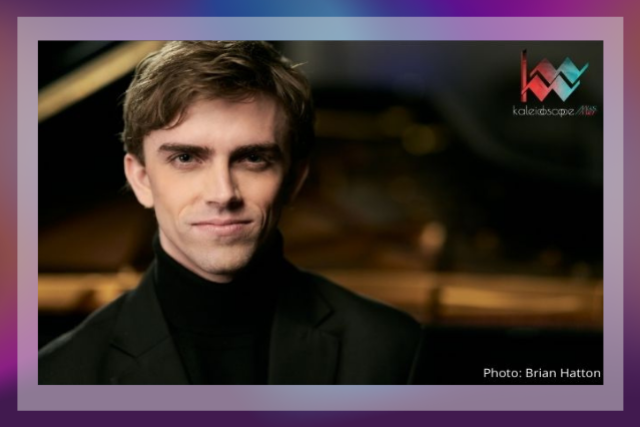 Granada Presbyterian Church
Beethoven’s majestic compositional output did not only open the door to the romanticism of the 19th century, but rather, has continuously exerted its universal influence on every generation of composers to follow, leading into the present day. This program will feature Beethoven’s piano sonata Op. 101 - a magnificent manifestation of his trailblazing late style - and three works that pay homage to Beethoven in unique ways: the ‘Concord’ Sonata by the great American master of the 20th century, Charles Ives; Ten Bagatelles for piano by Jonathan Dawe, hailed as “one of our most talented and distinctive...contemporary composers” (Seen and Heard International); and No. V: Three Bagatelles by Clarence Barlow, internationally esteemed pioneer of electroacoustic and computer music known for his wide-ranging musical vocabulary and interdisciplinary compositional approach that unites mathematics, computer science, visual art, and literature.

About pianist Reed Tetzloff:
“A musician of great authority.” – Richard Goode
American pianist Reed Tetzloff, one of the brightest stars of a new generation of musicians, enthralls audiences with his “magical tone” (The Cincinnati Enquirer) and “ebullient” virtuosity (Gramophone Magazine). In the XV International Tchaikovsky Competition, the Russian media compared his performances to those of Van Cliburn and dubbed him “the lyric hero of the competition” (Julia Bederova, Snob [Сноб] Magazine). Tetzloff has performed multiple tours in Europe, Asia, and the United States, and made his Lincoln Center concerto debut at Alice Tully Hall, and his New York solo recital debut at Merkin Hall.


Teens and young adults ages 13-22 can buy tickets for $5 using the Get Tickets button below. With the purchase of one $5 ticket for someone within the age range, a second $5 ticket can be purchased for an individual of any age to join them.

Regular priced tickets for all other ages available at https://www.eventbrite.com/e/beethoven-in-the-new-world-featuring-pianist-reed-tetzloff-tickets-156446719349