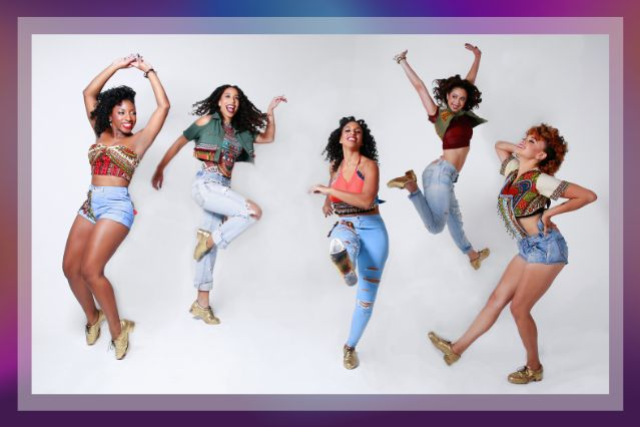 Syncopated Ladies: Live is a ground-breaking All-Female Tap production that propels beautiful, classy, and diverse women onto a re-invigorated stage, weaving their inspiring stories with intricate footwork, feminine prowess, and life-renewing energy. It is a celebration of sisterhood, empowerment, and black girl magic wrapped up in the package of a music video.

Dancing to today’s cutting edge music, from Pop to Hip-hop to Salsa, and even a couple tear-jerking Ballads, Syncopated Ladies: Live is electrifying, stirring, and energizing, a nonstop action-filled show.

Founded by Emmy Nominated Choreographer, Chloe Arnold, who was discovered at a young age in Washington, DC by Debbie Allen. Her choreography has been featured on hit television shows such as So You Think You Can Dance, Good Morning America, The Ellen Show, The Talk, and over 30 episodes of The Late Late Show With James Corden. Chloe's first feature film as choreographer Spirited (with Ryan Reynolds, Will Ferrell, and Octavia Spencer)  hits theaters November 11th, 2022.

About Syncopated Ladies:
Founded by Emmy-nominated Choreographer, Chloé Arnold, SYNCOPATED LADIES is the most viewed Female Tap dance band in history. Known for their viral self-produced content, they were recognized by Beyoncé, who not only shared their work saying “They Killed It”, she then transformed the homepage of Beyonce.com to feature Syncopated Ladies, and invited them to perform live internationally.